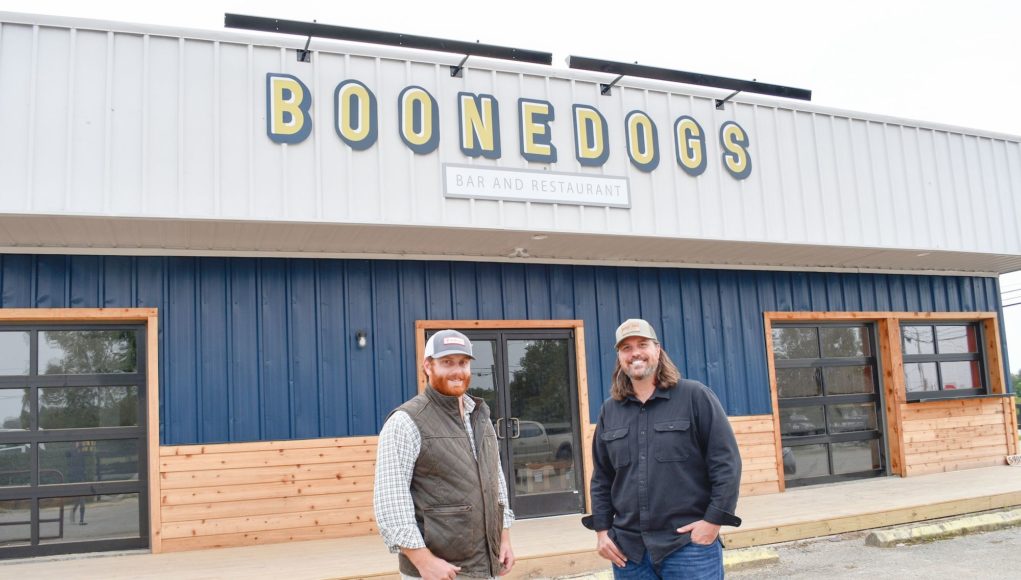 Off the Beaten Path

Boonedogs to open in the neighborhood

Hidden off the beaten path along Old Richmond Road once sat Judyray Food Mart, a neighborhood convenience store in 1978.

Co-owners Hilary and Charlotte Boone live in the area and know that the neighborhood wants and needs convenience. Hilary grew up going to Judyray and watched it evolve into several different convenience store concepts before deciding to buy the land himself. He adds, “It’s always been a community piece for us living close by.” He bought the vacant location about two years ago, unsure of what the concept would be, but planned to stick with the tradition of a fun neighborhood spot. Hilary found the right concept and partner in Tim Jones, who came up with the idea of specialty hot dogs and sausages. Jones’s wife, Jessica, is also co-owner.

“We’ll talk with neighbors, see what they want, and try to carry it as well,” says Jones.

The creative menu of Boonedogs will explore different types of wild game sausages like wild boar, pheasant, and venison. There will be vegetarian and vegan options as well as salads. Wyatt Sarbacker, who recently opened his own restaurant concept in downtown, was in charge of the menu. He focused on bringing unique regional products together in a fun and familiar format.

“We want to make sure if you’re working on the farm and you want a great hardy lunch, we’re there for you; if you want to drive your family out after Jacobson Park, or coming off the trail at Raven Run, we’re there for that meal as well,” says Jones.

“A guiding force to think about was the word frontier, and to come up with something fun and modern, but honor what it was,” says Burnworth. “The team was always on the same page with every detail. With so many great creatives, you can’t help to have a good project with it.”

Over the past several months, Boonedogs has had the luxury to adapt to any new changes within the restaurant industry brought on by the pandemic. “We’re making decisions on the fly towards how the industry has been forced to adapt to the new dining out scene,” adds Jones.

The team has added a covered patio deck and streamlined the online ordering process. The building features garage-style doors that raise, with one to be used as a pick-up window for to-go orders. There is about an acre of green space for ample outdoor seating options.

Situated on the corner of Old Richmond Road and Jacks Creek pike, there is more traffic in that area than most realize, yet there really isn’t a quick, convenient store nearby.

This article also appears on page 16 of the October 2020 print edition of Hamburg Journal.