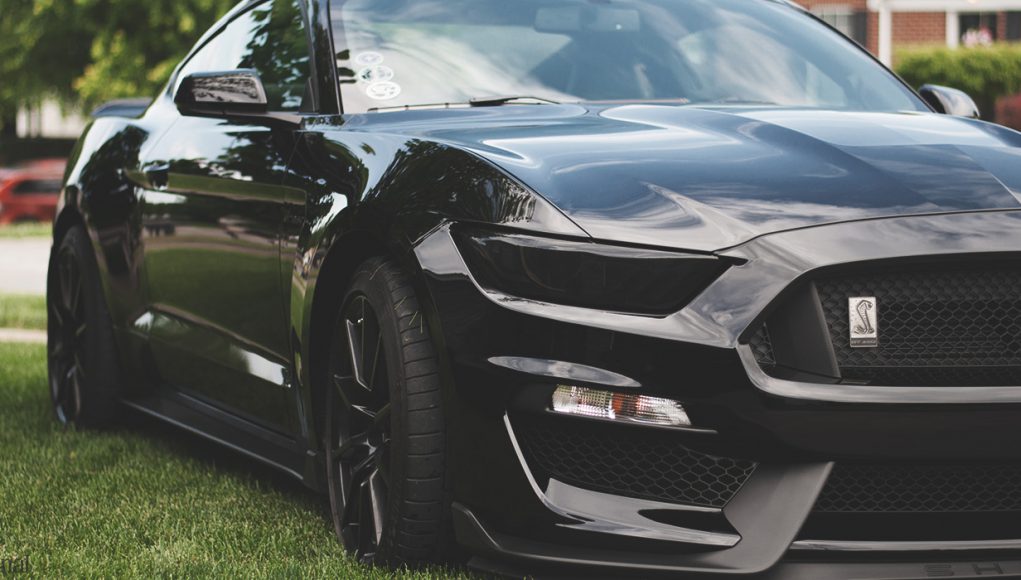 There’s nothing more classic Americana than a father and his child bonding over cars — whether it’s a passion for driving or taking on a restoration project from the bone yard.

And that’s how the Dads and Grads Car Show in Lexington, Kentucky got its start. The    Bluegrass Mustang Club, founded in 1981, puts on an annual car show the Saturday before Father’s Day — and it all blossomed out of a conversation that former club president Del Mercier had with his son Marc 12 years ago.

“It was a concept that my son came up with,” Mercier says. We had purchased a car, a 1965 Mustang Fastback, for a father-son restoration project and we joined the club because there’s a lot of knowledge and resources in the club to help us through it. As the project unfolded, my son, Marc, who was 14 at the time, was looking around and asked, ‘Why doesn’t the Club have a car show?’”

The show has grown over the years as more and more people come to the event to admire the beauty of these powerful machines. There are judges for their ten categories; all makes and models are accepted.

Bluegrass Mustang Club also has a popular silent auction and it all benefits local charities. Even Boy Scout Troop 859 helps to set up the show throughout the day and gets to award their favorite car.

But for the founders, it’s really all about connecting and hearing the love stories behind every car. Mercier worked in a body shop in high school and in college —he loved cars. His 1966 Sunbeam Alpine was his first love. The passion passed on to his son, Marc, and a restoration project for the father-son duo wasn’t a hard sell.

It took Del and Marc six years to restore the 65’ Mustang, working on it as time and money permitted. Mercier had often coached Marc through sports, but this project forged an even deeper bond.

“When you see it in motion, you can see the connection, the common love of working together and we really enjoyed it,” Del said. “It was a fun ride.”

Marc, who was in junior high at the time, had a goal to get the car ready for his senior prom. That didn’t pan out because the interior wasn’t completed in time and no girl was going to risk the safety of her prom dress. Nonetheless, his mother Becky could see something bigger occurring.

“One thing I saw by observing Del and Marc was when they were working on this project, you know how teenagers are, there’s that friction with the parents, you didn’t see that during the project,” Becky said. “You saw them looking to each other.”

Current Bluegrass Mustang Club President Raymond Goins has seen this for decades. Getting your hands dirty and hearing that engine purr has a generational reach. “Dad gets a car, he works on it, the son or daughter gets in there, gets their hands dirty with wrenches or what not, it’s just a special bond that the father and son or daughter can have dealing with an automobile,” said current Bluegrass Mustang Club President Raymond Goins. “The son or daughter can jump into that in their later years, get that bug and transfer it onto their kids and then it keeps on going—just generations of car people.”

Goins, who served 20 years in the military, is in his first year as club president after being a member for five years. His 2018 Shelby GT350 is his pride and joy.

Del feels the same about his 2003 Mustang Cobra Convertible. Getting interrupted for some casual car talk with other drivers while stopped at a red light is always welcome.

One of the best things about the Dads and Grads Car Show for Mercier and Goins is just making the rounds and hearing the stories behind these cars. But despite the pageantry and showmanship involved with these classic and beautiful cars, the true purpose for the Merciers always goes back to the satisfaction of paternal bonding and using the love for automobiles to accomplish it.

Becky adds,  “It’s that special time on this special weekend, year after year, to spend time with your son or your daughter, for dads and grads, fathers and sons on Saturday before Father’s Day.”

Goins has one simple goal for attendees, “I want them to smile, above anything.  I want them to get that picture in their head that, ‘I bet that car is fast because it looks fast.’ I want people to go out there and enjoy themselves and just smile.”

The Dads and Grads Car Show presented by Bluegrass Mustang Club is June 16 from 9 am to 4 pm at Valvoline Headquarters.

This article also appears on page 8 of the June 2018 print edition of Hamburg Journal.