Home Food Everybody is Irish on St. Patrick’s Day 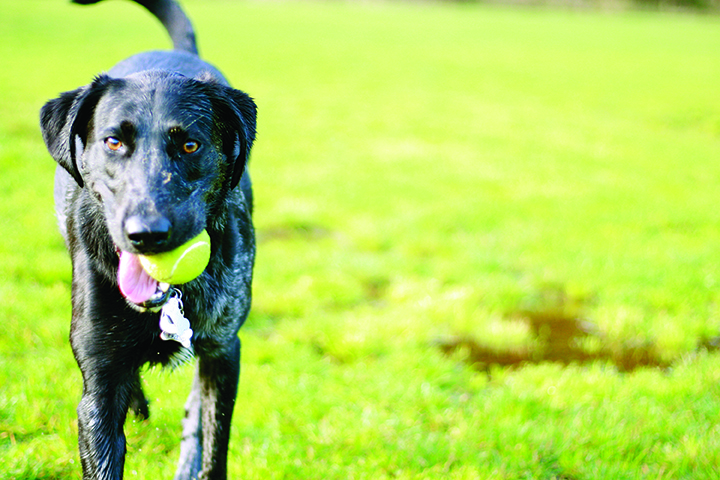 It’s funny how a hankering can spin on a dime and change completely. I had a hankering to bake bread. That notion left me with the hankering to make something to sop up with bread.

There are many thoughts and culinary theories behind Irish Lamb Stew. Traditions, methods, and riffs run the gamut. Traditionally, it’s made with mutton, mutton neck bones,or gigelots flavored with potatoes, onions, water/stock, and parsley. Sometimes carrots, turnips, parsnips, or leeks are added. The variations are endless.
I wanted something simple and pure. The true essence of Irish Stew is more about method than madness.
I made a quick early morning run to the Indoor Farmers’ Market and picked up a gorgeous slab of meaty lamb ribs from Elmwood Stock Farm. With plenty of meat to bone ratio, I knew the lamb ribs would add deeper layers of flavor to the stew.
Traditionally, nothing in the stew is browned. Ingredients are layered, seasoned, bathed with water or stock, and allowed to simmer for a few hours. Simple.
After trimming most of the outer fat pockets from the rib slab, I split the ribs into individual pieces. I broke a little from tradition and briefly browned the ribs to render additional fat. I peeled six  medium  russet potatoes, four large carrots, and three parsnips. I thinly sliced three of the potatoes, chopped the remaining potatoes into large wedges, diced one large onion, and sliced the carrots and parsnips into oblong pieces.
Layers — After wiping out the dutch oven I used to brown the ribs, I placed the thinly sliced potatoes on the bottom to allow them to break down during the cooking process and help thicken the stew. I tumbled the onions over the potatoes, added the carrots and parsnips, and wedged the lamb ribs over the vegetables. I seasoned each layer with salt, cracked black pepper, and fresh thyme from my snowy deck. I ladled 4 cups of simmering chicken stock into the dutch oven (to just cover the lamb) and placed the remaining potato wedges on top of the lamb to steam as the stew braised.
I covered the stew with parchment paper, clamped the heavy lid into place, slid it into a 350 degree oven, and let it rip for 3 hours.  After 1 1/2 hours, I pulled the meat from the bones, tucked it into the vegetables, discarded the stripped bones, and tossed the stew back into the oven.
Brown Soda Bread is possibly,  the easiest bread on the planet. Rustic and simple. I sifted one teaspoon baking soda and one teaspoon salt with 4 cups (2 cups each) Weisenberger Mill whole wheat and unbleached white flour. After adding 1 1/2 cups buttermilk, I gently kneaded the dough eight times, formed it into flat ball, carefully placed it into a large cast iron skillet, sliced a cross across the top, and slid it into the oven to bake alongside the stew (about 45 minutes, until browned).
After two hours, the stew needed more liquid. Dilemma. I had my usual bag of tricks. I wanted to add Guinness or red wine. Big flavor with little effort. Did I really want to muck it up? Nope. I kept it simple and added water.
I ladled the lamb stew into large pasta bowls, scattered fresh parsley over the top, and finished with a few scallion slivers.
The mild gaminess of the tender lamb paired beautifully with the sweet carrots and parsnips. Because I didn’t jump through hoops to thicken the stew, it was light and robust. Torn chunks of the grainy brown soda bread were perfect soppers for the rich delicate stock. Packed with contrasts, the bold simplicity alone gave the stew surprising complexity, depth and balance.