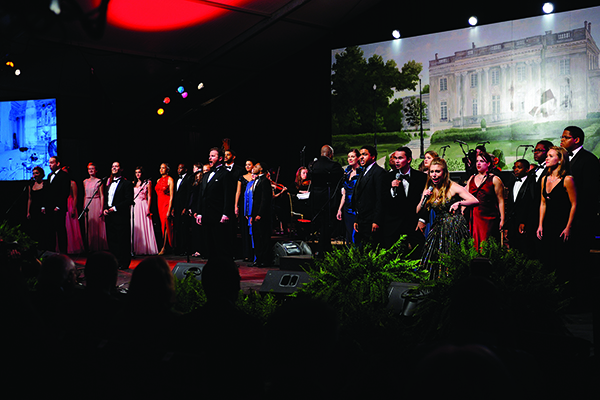 So, how on earth did I leave the market with an unlikely combination of clunky acorn squash, summer heirloom tomatoes, Asian pears, and feathery oyster mushrooms? It’s that crazy time of year at the farmers’ market when the growing seasons seem to bleed into each other. Bins of summer tomatoes, baby yellow squash, herbs, and watercress happily line up on tables next to pumpkins, gourds, butternut squash, apples, and pears. Tomatoes and pumpkins. Is it summer or fall? Indian Summer?

Butternut squash ravioli with sage and brown butter is the typical go-to winter squash-filled ravioli preparation. Sometimes, hazelnuts are thrown in for crunch. It’s a classic pairing because it works and is downright perfect. Well, I’m a sucker for acorn squash when it hits the market, so I changed things up a bit.

I split large Silas Farm striped acorn squash in half before scooping out the seeds and piercing the skins.
After drizzling them with olive oil, I roasted them cut side down for 45 minutes in a preheated 350 degree oven until they were fork tender. When the squishy squash halves cooled down, I pureed the soft cooked flesh with a pinch of nutmeg, salt, pepper, and 1 cup of parmigiano reggiano.

While the squash roasted in the oven, I threw together a fairly basic pasta dough. I sifted 2 cups flour into a very large bowl before adding 3 whole eggs, 1 egg yolk, salt, and 1 tablespoon olive oil. After gradually pulling the flour into the eggs with my fingertips until it was combined, I added a splash of water to loosen it up before kneading the dough for 15 minutes, wrapping it in plastic wrap, and setting it aside for an hour to rest.

While it’s messy work, I adore rolling pasta. Using a bench scraper, I cut the wedge of dough into 4 equal portions. After dusting the dough with flour, I passed it through the roller 2 or 3 times on the lowest setting to knead it and prepare it for the big stretch. When the dough felt right, I rolled it out, changing the settings for thinner sheets after each pass. When I reached the next to last setting, I dusted the sheets with flour and set them aside. Typically, when I make angel hair pasta, I allow the pasta to dry somewhat before cutting it into ribbons. However, when filling raviolis, it’s easier to seal the edges when the dough is still pliable.

I dotted the pasta sheets with 1 tablespoon of the pureed acorn squash, painted the edges with egg wash, and topped the filling with another pasta sheet. After pressing out the air, I sealed the edges, used a fluted ravioli stamp to cut the pasta, dusted them with flour, and slid them into the refrigerator to chill.

Brown butter. In lieu of the more traditional sage butter, I opted for a fresh rosemary brown butter. Sage is fabulous with butternut squash, but I prefer rosemary with acorn squash. I killed two birds with one stone. I melted 3 tablespoons of unsalted butter in a small cast iron skillet before adding a few fresh rosemary sprigs and sliced Blue Moon Farm oyster mushrooms. When the butter foamed, receded, and started to brown, I splashed it with white balsamic vinegar for a hint of acidity and pulled the skillet from the heat.

I brought a huge stock pot of water to a rolling boil, doused it with kosher salt, and dropped the raviolis into the hot bath. Within minutes, they bobbed to the top and were finished cooking. Using a spider, I scooped them out of the water, patted them dry, and slid them onto serving plates. After drizzling the raviolis with the rosemary brown butter, I tumbled the sauteed oyster mushrooms to the side before finishing with fresh rosemary.

For such ordinary looking ravioli, there was a lot going on. The natural sweetness of the pureed acorn squash was tempered by the salty parmigiano-reggiano cheese and the piney fresh rosemary.
It was fall and summer…on a plate.