“Frederick Douglass is an incredible school that has given me so much. If I didn’t go here I know the DineAround project would not have happened,” says Rodriguez.

Rodriguez organized the Markey DineAround event, which involved local restaurants donating a portion of their sales from an entire day to benefit the UK Markey Cancer Foundation.

“Lexington is so special,” he adds. “I say it all the time. DineAround would not have been the same success if it was in another city. It was a success because it was in Lexington.”

He pointed out that only local restaurants participated in DineAround, in an effort to build meaningful relationships within the community.

“If you value your business and the future of your business, you need to look into education and investing in education. And that’s what happens here at Douglass with this academy model,”—Frederick Douglass student Drew Rodriguez

Rodriguez recognizes the impact of the leadership opportunities he’s been given and wants to give other youth the same chance he has had to make an impact in the community. He believes that being a high school student was more of an asset than a detriment — local leaders were enthusiastic about mentoring the project.

“DineAround isn’t a one-time thing,” he explains. “It is very purposeful and the project continues on. Every year, the Leadership Lexington Youth Distinguished Leader will chair the project that following year; to maintain that youth leadership component.”

Rodriguez transferred to Frederick Douglass from Henry Clay as a sophomore when the school initially opened. He describes the school as a melting pot of students from the various surrounding schools, explaining that this school is unique and inclusive, and allows each student to become involved in something they care about. Frederick Douglass features four different academies including Freshmen Academy, Academy of Health Sciences, Academy of Technology and Academy of Professional Services. Each academy transforms typical education into real-world, rigorous learning with focus on specific pathways that students can choose from. These pathways provide practical future work opportunities and set students up for success upon graduation.

“If you value your business and the future of your business, you need to look into education and investing in education. And that’s what happens here at Douglass with this academy model,” Rodriguez says.

“I am very proud to be a Douglass Bronco and I know this school is going to do a lot of great things for a lot of people.”

This article also appears on page 9 of the March 2020 print edition of Hamburg Journal. 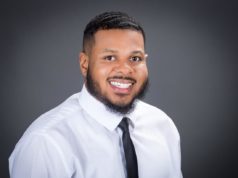 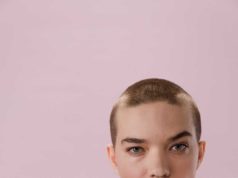