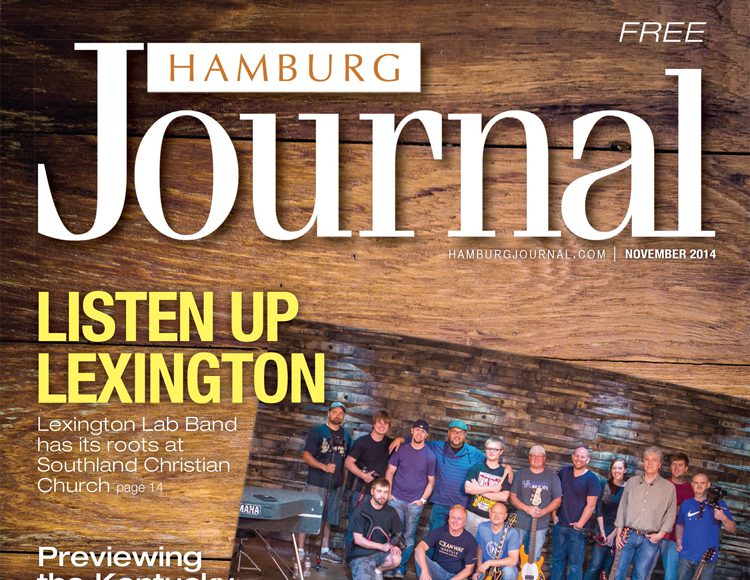 Ever heard of the Lexington Lab Band? How about LLB? If not, you’re about to. Lexington has no shortage of cover bands and, strictly speaking, that’s what the Lexington Lab Band (also known as LLB) is. However, they are not your typical cover band. Far from it. This collection of supremely talented and experienced local musicians will take the stage at the Lyric Theater on November 6 to play as LLB for the first time ever before a live audience. Believe me when I say that they will astound you,.

Why such praise for an unknown local band? The band might have a low profile here in Lexington but that doesn’t mean it’s unknown. The Lexington Lab Band is a studio band whose venue for the past 15 months has been the Internet. It’s there where it has made a splash, having recorded and released 34 music videos that have been viewed almost 300,000 times by people in 70 countries.

Cover bands play–with varying levels of skill–popular songs. Tribute bands cover the work of a particular artist, paying special attention to the artist’s look and sound. LLB is a cover band that plays like a tribute band but looks like a cover band. LLB doesn’t try to copy the look of the bands they cover, but they do copy the sound. Oh boy do they copy the sound. As in, exactly.

The band is the brainchild of Mike Vandemark, the Programming Director at Southland Christian Church. Each weekend Mike oversees the approximately 90 musicians who play at Southland’s multiple services. LLB has a rotating cast but the band’s core members– Mike, (guitar, bass, vocals, keyboard), Dale Adams (guitar), Derrick Breaux (bass, guitar, vocals), Ryan McQuerry (drums), and Rob Pottorf (keyboards)–have either played with Mike at Southland, in other bands that Mike was or is part of, or have played with other members of the band in acts of their own. The idea for LLB came about from Mike’s interest in the musical approach of bands like the Johnson Brothers.

“I had always been enamored with their approach,” said Mike. They will do a whole album start to finish, like Abbey Road, for instance. So it’s always been in the back of my mind to get people together to play a whole album. I’ve always been academic with music and I like to learn how things go, not necessarily to want to cover a song and change it but I want to know how it was originally done and dive into it. So, I kept thinking how can we do that and if we do it is anybody in Lexington going to come and hear it and is anyone going to want to put that much work into learning a whole album every month?”

Those questions remain unresolved until he happened one night across an episode of a show called “Live at Darryl’s House” starring Darryl Hall. “He brings in a musical guest each week and they play a few of each other’s songs and have dinner,” said Mike “It’s like a musical reality TV show and it’s amazing. I saw it and thought to myself, ‘we could do this. We could learn 4-5 songs and do this every six or eight weeks.’ So I reached out to Dale specifically because I knew if I was going to do this it was going to be with him.

“I’m very lucky he included me,” said guitarist Dale Adams, with a modesty that belies his reputation as one of the region’s finest players. Known to the Internet as Tonedr, Dale is an imposing presence in the online guitar tutorial community. He has posted to YouTube more than 150 instructional videos that have been viewed millions of times.

Dale himself had been kicking around the idea of a band that covered a different artist in every set. Mike and Dale pooled their ideas, figured out an approach that could work given their time constraints, and thus was born their idea of not just covering the work of bands they liked, but covering those works exactly.

Once they decided to go forward with their idea they also decided to make a video record of the project. The videos added to the project an unforeseen dimension and YouTube gave the band an audience it didn’t know it had “The video guys are so good,” said Mike. “The first time I saw the video I was like ‘Oh my gosh, here’s a record of what we did and the video really brought it all to life.”

When the band decides on an artist it wants to cover, they choose four or five songs and each member commits to intensive study and practice to get his part just right.

“We live with it for six weeks and then come together on a Monday night to rehearse and then film it on a Tuesday. We don’t rehearse together for six weeks and that’s the magic of it, really. Dale, for instance, comes in knowing his part and all we have to do is fit the puzzle pieces together. It’s really an academic thing more than a jam session, hence ‘Lab’ in the band’s name. We are playing the song and enjoying it because we aren’t having to figure out our parts together. It’s a different way of approaching a band,” said Mike. “People are blown away and the beauty of it to us is that we have studied and it’s like an academic exercise to us.”

“There are a lot of cover bands out there but we didn’t make apologies for trying to cover it exactly like the record,” said Dale. “I think a lot of people like to hear a cover that goes in a different direction but people tell us that they appreciate the effort that it took to get as close as we could to the original.”

“We want to do something that is not easy,” he continued. We do a lot of stuff on a weekly basis with our church and Big River (another of their bands) but as with anything if you do it enough after a while it becomes routine. Putting a little more effort into a single artist was an interesting idea for me and I think it was for Mike, too. In my case, listening to the guitar player for 60-90 days or longer gives me stuff that I never would have thought of or come across. It gives you a fresh view of your instrument.”

To a non-musician, copying a song and getting each note exactly right must seem like an impossible task. It’s not easy but “when you’ve played guitar as long as Dale has or been a musician as long as I have, you hear things and it’s like the English language. You hear a musical phrase and it’s like a word and you just know it,” explained Mike. “You can learn ‘new words’ quickly when you know the language.”

So, what’s the goal? Amazingly, for a group with this much talent there really isn’t one. “It’s about the music,” explained Mike. There are so many times when artists get caught up in things that aren’t about music. This is supposed to be fun and that’s one of the unique things about this band that people don’t understand. This isn’t going to generate any money for us. That’s not why we do it. We do it because we enjoy each other, we enjoy the music, we enjoy playing, and we enjoy learning.”

If there is one objective it might be to make Lexington a better live music town. “Lexington has just not been a great live music town,” continued Mike. “The only way for that to change is for all of us to find a way to connect. It’s not for a lack of musicians. It’s more for lack of a community. We just don’t know each other. It would be nice to know other players so that when we take on a project we can quickly identify someone who may fill a musical need we have,” he continued. “I want to get to know other musicians here in town. “We are amateurs but I try to create a professional environment so that the best musicians will want to be part of it. Musicians want to play with other great musicians,” Mike says.

The band’s efforts in that regard are evident in their videos. Each episode has featured musical guests who bring to the “lab” talents that are needed for that particular project. Steve Broderson of local band The Twiggenburys lent his vocal talents to LLB’s Cars videos. Tom Jones and Jim Carpenter (Panic Show) played in the Steely Dan videos. Mike Huff and James Cornett helped the band cover Aerosmith, and Kevin Treadway and Jay Johnson of Big River Band were guests for the Merle Haggard sessions. If the band has any goal with this experiment, then this type of collaboration and musical networking is it.

Every guest musician has agreed to appear with the band for the November 6 performance, a sure sign that everyone is both proud of the work they have done and eager to see what the local reception will be. So, for one night only, Lexington’s Lyric Theater will play host to Aerosmith, Billy Squier, The Cars, The Doobie Brothers, Journey, Merle Haggard, Steely Dan, and U2. If you close your eyes you when the music starts you just might believe it.