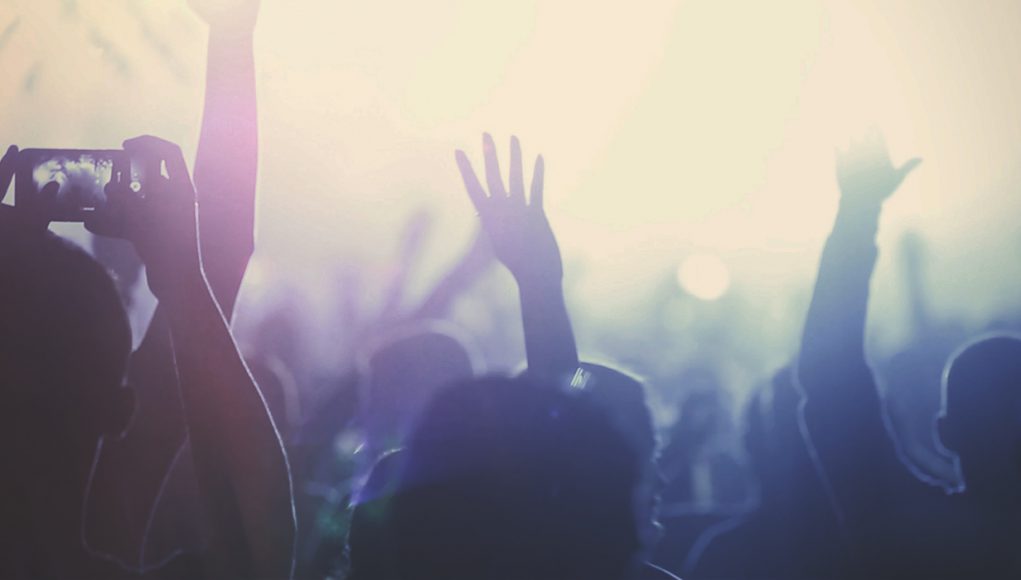 Jersey Boys is coming to the Lexington Opera House starting on March 1.

The Marshall Tucker Band is coming to Manchester Music Hall on March 1 at 7 pm.

Transylvania University’s 2018 Kenan speakers will be author Tracy Kidder and Deogratias Niyizonkiza, the subject of his book, “Strength in What Remains.” Kidder’s awards include the Pulitzer Prize, the National Book Award and the Robert F. Kennedy Award. Generosity, which is the theme of this academic year, will be the topic of the conversation. This event will take place March 1 in Haggin Auditorium.

Mark your calendars for the 1st annual Irish Soup Cook Off. The winner will go home with the coveted cook off trophy and bragging rights for the year. The cook off will be March 2 at Failte Irish Shop.

The Blue Grass Trust Antiques and Garden Show will be at the Kentucky Horse Park Alltech Arena from March 2 until March 4. Come see antiques, fine art, garden and floral design, silver, jewelry, rugs, prints, maps & more. You can purchase daily tickets at the door or for the entire weekend.

The Kentucky Crafted Market is March 2, 3, and 4 at The Kentucky Exposition Center (Louisville). Nearly 200 Kentucky Crafted and selected out-of-state artists will be represented. Enjoy live performances of Americana, bluegrass and world music, as well as specialty food products from Kentucky Proud food vendors.

Join USA Cares, the national non-profit organization that provides immediate assistance to military families in crisis, as we pay tribute to service members past and present at the annual American Proud Dinner on Friday, March 2 at The Signature Club of Lansdowne.

Comedian Chonda Pierce is bringing her “Getting Back To Funny” Tour to the EKU Center for the Arts on March 2 at 7 pm. Miranda Lambert’s Livin’ Like Hippies Tour featuring Jon Pardi and Steelwoods is coming to Rupp Arena on March 2 at 7 pm.

WRFL presents their 30th Birthday Bash happening March 2 through March 4 at The Burl. The weekend offers a chance for station alumni and current DJs to meet and share their experiences programming Lexington.

Make some noise for LexPhil’s third Peanut Butter & Jelly Concerts of the 2017/18 season, Music Builds Exploration! at the Aviation Museum of Kentucky on Saturday, March 3 at 10 and 11 am and 2 pm at the Hummel Planetarium.

Lexingtonians have donated prom dresses, bridesmaid dresses and evening gowns for the entire month of February. These dresses will be sold at a one-day pop-up shop on March 3rd, where for $20 girls can find the dress they’ve always wanted. A portion of proceeds will then be donated back to Dress for Success Lexington, a wonderful local charity helping women in the workforce.

Lexington Bridal Fest Wedding Expo will be at the DoubleTree Suites on Richmond Road on March 4. The area’s top wedding professionals will be under one roof. The SEC Men’s Basketball Tournament will be held in St. Louis at Scottrade Center from March 7-11.

Crust is having a Trivia Night on March 7.

Matt Belassai, a comedian, writer, and social media personality is the current host of the weekly show, To Be Honest, on Facebook boasting over half a million followers. He is bringing his comedic styles to Lexington on March 8 at Comedy Off Broadway at 7:15 pm.

Kentucky Wildcats Baseball vs. Texas Tech on March 9, 10, and 11 Pauly Shore will be at Comedy Off Broadway on March 9 and 10. At 17, Pauly began writing and performing his own material, creating the persona of “The Weizel,” a character that quickly appealed to young audiences. In 1990, Pauly caught the attention of MTV and the network gave him his own show, “Totally Pauly.”

RaceRise hosts the inaugural Lucky Leprechaun Half Marathon, 10 miler & 5K on March 10 at 9 am in Versailles, KY. Run a scenic course through the heart of horse country. Partial proceeds benefit the Foster Care Council of Kentucky and the Woodford Humane Society.

Each year, half a million people across America come together to have fun and raise money to support Big Brothers Big Sisters. Join Lexington Young Professionals Association at Collins Bowling on Southland at 3 pm for Bowl for Kids’ Sake. It’s a great way to make an impact on the next generation of community leaders while improving the quality of life in the city of Lexington.

Take a trip to Feeders Supply on Richmond Road to see adorable puppies. Head over there at noon to find a furry friend and benefit the Paris Animal Welfare Society.

Talented young vocalists from around the world will pursue their operatic dreams and compete for $500,000 in scholarship prizes at the 13th annual Alltech Vocal Scholarship Competition on  March 11 at 2 pm at the Singletary Center for the Arts.

UK Baseball takes on the Racers of Murray State at 4 pm.

On March 16, check out downtown Lexington’s arts scene with the LexArts HOP. Locals and visitors alike converge on downtown Lexington in galleries, museums, studios and other non-traditional exhibit spaces. This self-guided walking tour provides an opportunity to take in the work of dozens of Lexington artists. Begin your evening at ArtsPlace Gallery on the corner of Church and Mill where you can pick up an official HOP guide.

Join everyone in downtown Lexington this St. Patrick’s Day. Lexington’s St. Patrick’s parade is the city’s longest-running annual civic event. The parade and festival are part of an all-day celebration that begins at 8 am with the 12th annual Shamrock Shuffle to benefit Lexington Habitat for Humanity. At 11 am, the “Blessing of the Keg” at the Alltech tents in Cheapside Park kicks off the festival. The parade begins at 1 pm, rain or shine. Kentucky native Charlie Shuck will sign his new music memoir on Mar 17 from 11 am to 3 pm at the My Favorite Things Spring Open House on Old Rosebud in Hamburg.

Join Man O’War Harley-Davidson on St. Patrick’s Day and ride out to the downtown St. Patty’s Day Parade. The day will start with donuts and coffee at 10:45 am with kickstands up at 11:30 am. Let Lexington hear your engines and roar downtown with as many motorcycles as possible.

KHSAA Sweet 16 Boys Basketball Tournament will be in Rupp Arena Starting on March 18.

Clint Black is coming to the EKU Center for the Arts on March 21 at 7:30 pm. The singer-songwriter surged to superstardom as part of the fabled Class of ‘89, reaching No. 1 with five consecutive singles from his triple-platinum debut, Killin’ Time. He followed that with the triple-platinum, Put Yourself In My Shoes, and then a string of platinum and gold albums. Have Easter with the family at Buffalo Trace Distillery on March 25 at 11 am. This will be an egg-citing event for children and parents. Search for thousands of treat-filled eggs and get pictures with the Easter Bunny. Advanced registration required to attend event.

“Weird Al” Yankovic, a comedy recording artist, is best known for his song parodies “Amish Paradise,” “Eat It,” and “White & Nerdy.” He will be performing at the Lexington Opera House on March 26 at 7:30 pm.

Forcht Bank presents the 5th Annual EMERGE Conference on March 27 from 8 am to 5 pm in the Lexington Center’s Thoroughbred Ballrooom. The EMERGE conference engages the next generation leaders of Central Kentucky – our emerging leaders – to leverage their thoughts, ideas, and strategies for the betterment of our community and region. This full-day event includes a variety of breakout sessions and panel discussions, opening interactive session with dynamic speaker, luncheon speaker, as well as a closing reception at the end of the day. An attendee emerging from this one-day summit will have the tools needed to make a robust impact on the region and move forward with their passions and visions.

Once again, On The Table gatherings will be held on  March 28  all around our city. Everyone is encouraged to gather for an hour over breakfast, lunch, dinner, a coffee break, or any time in-between to discuss how to have an impact on the future of Lexington and communities across the region through  individual and collective civic action. Conversations will explore topics such as volunteering, voting, charitable giving, helping a neighbor, improving the environment and more.

New in the Bluegrass Youth Ballet repertoire is Alice In Wonderland, this ballet depicts the story of Alice falling through a rabbit hole and landing in a fantasy world of very peculiar characters and many strange adventures. The shows are at the Lexington Opera House.

Enjoy America’s prettiest scenic runs at the 2018 Run The Bluegrass Half-Marathon. The event will be held at Keeneland on March 31 at 6 am. They have options to run a half-marathon or a 7 miler.

This article also appears on page 18 of the March 2018 printed edition of the Hamburg Journal. 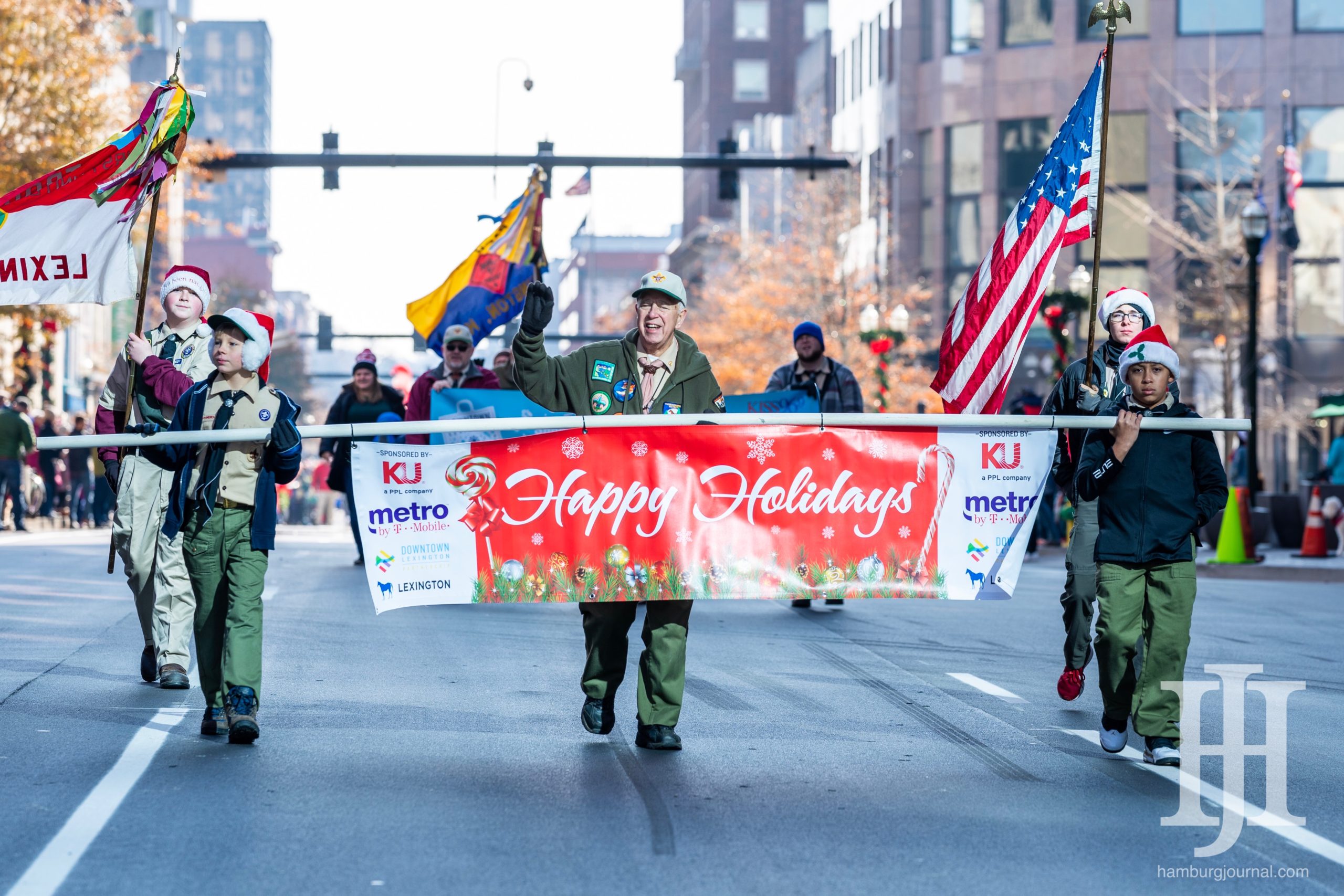 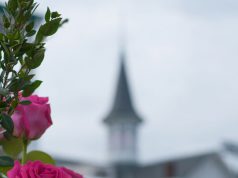