Meet Oscar
From Trash to Treasure Oscar was found by Lexington Kentucky’s Animal Control officers living in a trash can, hence the name.
When the officer arrived, this sweet but timid dog would come up to greet her but then dart right back to the trash can.
It took some time and lots of treats, but the officer finally gained his trust and he allowed her to take him to Animal Control for temporary foster care before being transferred to partner organization, Lexington Humane Society, where he awaits adoption.
Oscar quickly became a staff favorite while he camped out at Animal Control for a few days. Staff even took him for a “day out” to his favorite place… sanitation. There he met a sanitation worker named Larry who let him get into his truck for a few photos.

Even after he was safe and being office-fostered, Oscar still guarded and climbed into trash cans around the office. His name came solely from his love of trash because this guy is definitely not a grouch.
Oscar had a rough start to life. He was underweight and covered in scars when he came into the system.
While he is now receiving the best care possible thanks to the staff at LHS, Oscar will still keep some of those scars — some visible and some invisible.
Lexington Humane is committed to finding the perfect adoptive home for him so that he’ll never live in a trash can again.
Whether he was seeking shelter from severe weather or abuse, or if someone really did discard him like he was trash, that part of his story is behind him.
Oscar is an affectionate boy who loves attention and is eager to make new friends. Hopefully, a reader will take him home and treat him like the treasure he is. 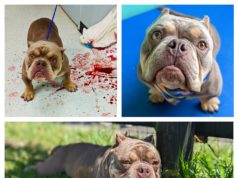 A Second Chance for Fritz at Lexington Humane 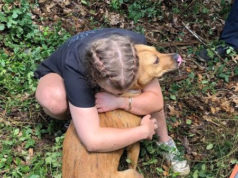 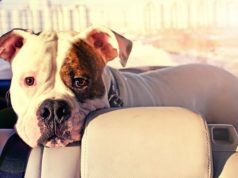