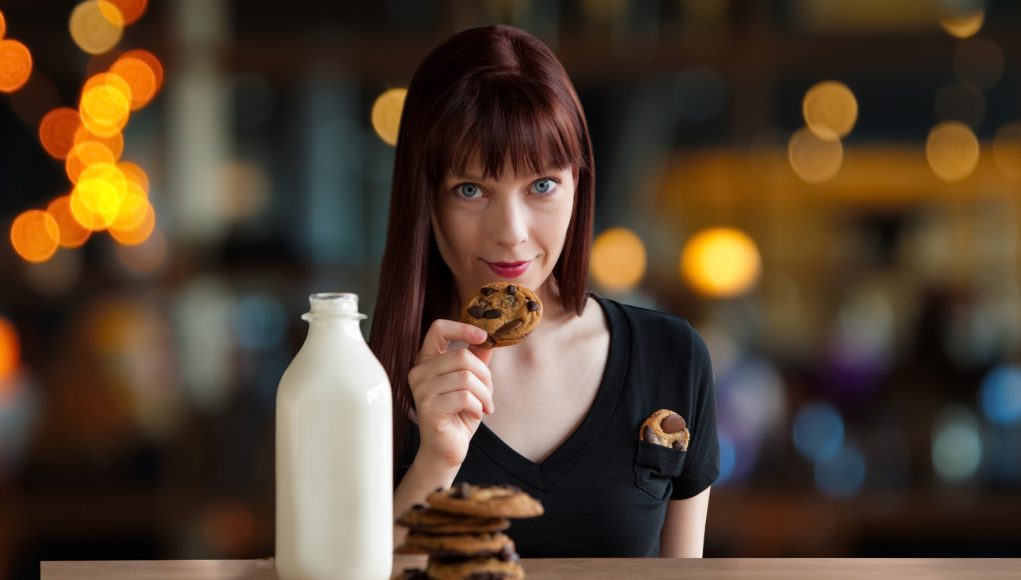 Would you eat Girl Scout cookies all year round if they were available? (They do lose a little something if you try to store a case in the freezer.) How do you feel about Hostess cupcakes or Little Debbie’s oatmeal cream pies? The new book from Lexington’s Stella Parks, BraveTart: Iconic American Desserts, just may convince you to try making these at home.

The book, released in August, was in the making for more than five years, but if you’ve always wanted to know how to make your own Thin Mints or rainbow sprinkles or homemade Snickers bars, it’s well worth the wait.

There’s an entire section devoted to “Classic American Brands” where she painstakingly re-creates homemade versions of  Fig Newtons, Animal Crackers, Twinkies, and even Wonder Bread — footnoted, “Homemade versions of the brand-name product referred to are my own recipes, not provided or endorsed by the owners of those brands.”

Parks is a Culinary Institute of America trained pastry chef and a senior editor at Serious Eats, whose restaurant work in Lexington earned her a nod as one of 2012’s best new pastry chefs in Food and Wine magazine.

On the Lexington food scene, she quickly became famous for menu items like macarons and homemade sprinkles. Her brown sugar, pear and pistachio layer cake landed her on the pages of Garden and Gun Magazine, and a Thanksgiving cake decorating segment at Fox and Friends.

Her Serious Eats colleague J. Kenji López-Alt describes his first experience eating one of her confections at a Lexington restaurant in the introduction to the book. “The dessert was a play on Lucky Charms, complete with crunchy, diamond-shaped, multicolored marshmallows and a delicate panna cotta made to taste just like cereal milk. If you ate your Lucky Charms the right way (cereal bits first, semi-soaked marshmallows next, oat-flavored cereal milk to wash it down), you already know what this dessert tastes like in your mind. What’s incredible, though, is that if you were to go home right afterward and pour yourself a bowl of Lucky Charms, you’d find them to be unpalatably sweet, the marshmallows more Styrofoam-like than crunchy. Stella had managed to make a bowl of Lucky Charms that tasted more like Lucky Charms to me than actual Lucky Charms.”

So, the recipes in the book are definitely not recipes provided by the brand. They’re actually better.

Lopez-Alt cites Parks’s superpower as “her ability to tap directly into those parts of our brains that store our childhood taste memories, unlocking them and stimulating desires that we never even knew we had, hidden away like the creme in the middle of a Devil Dog.”

As Parks once pointed out in a blog devoted to a Dairy Queen Oreo Blizzard, “The nature of a Copy Cat recipe is that it takes a lot of subtle factors to re-create a taste we all know and love; if you substitute or deviate from the recipe, it just won’t turn out the same,” but she also spells out the why and the why not (why wouldn’t you use free-range organic eggs? The custard might be delicious, but it won’t resemble Dairy Queen’s soft serve even remotely.)

In reviewing the new book, the Washington Post says, “there is a lot to be said for being able to make the perfect version of whatever your childhood guilty pleasure was — and a lot more to be said for one book that delivers them all. Parks adds a remarkable new voice to the world of baking books. Combine smarts with whimsy and you get delicious results.”

BraveTart is also the title of Parks’s blog, which regular followers have long known as the source for everything from homemade Pop Tarts to ice cream sandwiches (which were not invented by Jerry Newberg). An irresponsible wiki entry once suggested that they were, prompting Parks to write a 2013 post which gets at the essence of both the blog and the book:

“It may not be the most sinister example of misinformation in the media, but it’s a bummer to watch our culinary heritage get washed away by an urban legend, [because] it’s not just ice cream sandwiches. There’s hardly a dessert in America whose history hasn’t been hijacked by apocryphal claims and corporate fairy tales, and that’s why I hope I can write more than just another cookbook.”

There’s no fake food news in the new book, which is part cookbook and part anthropology.

At the time, she explained her approach as “buried in 19th century newspapers and trade journals, vintage cookbooks, and the United States Patent Gazette.” She wrote of her methodology, “I’ve watched hours of retro tv commercials, and combed ebay for antique biscuit crates, candy tins, and even a Nabisco employee training manual or two. These little bits and pieces tell a very different story about our favorite desserts, surprisingly sweet slices of American history.”

When introducing the book to Serious Eats readers, she said, “I wouldn’t say BraveTart is strictly a cookbook. While my work on Serious Eats focuses on science, my book explores the secret history of classic American sweets. Not the corporate fairy tales we hear time and again, but stories that haven’t been told before—the true meaning of the word ‘Oreo,’ the weirdly vindictive origin of graham crackers, and the marketing-driven machinations that led to Key lime pie.”

Hardly any cookbooks offer a cultural, culinary “whodunnit” alongside the recipes, which helps make this one a standout. 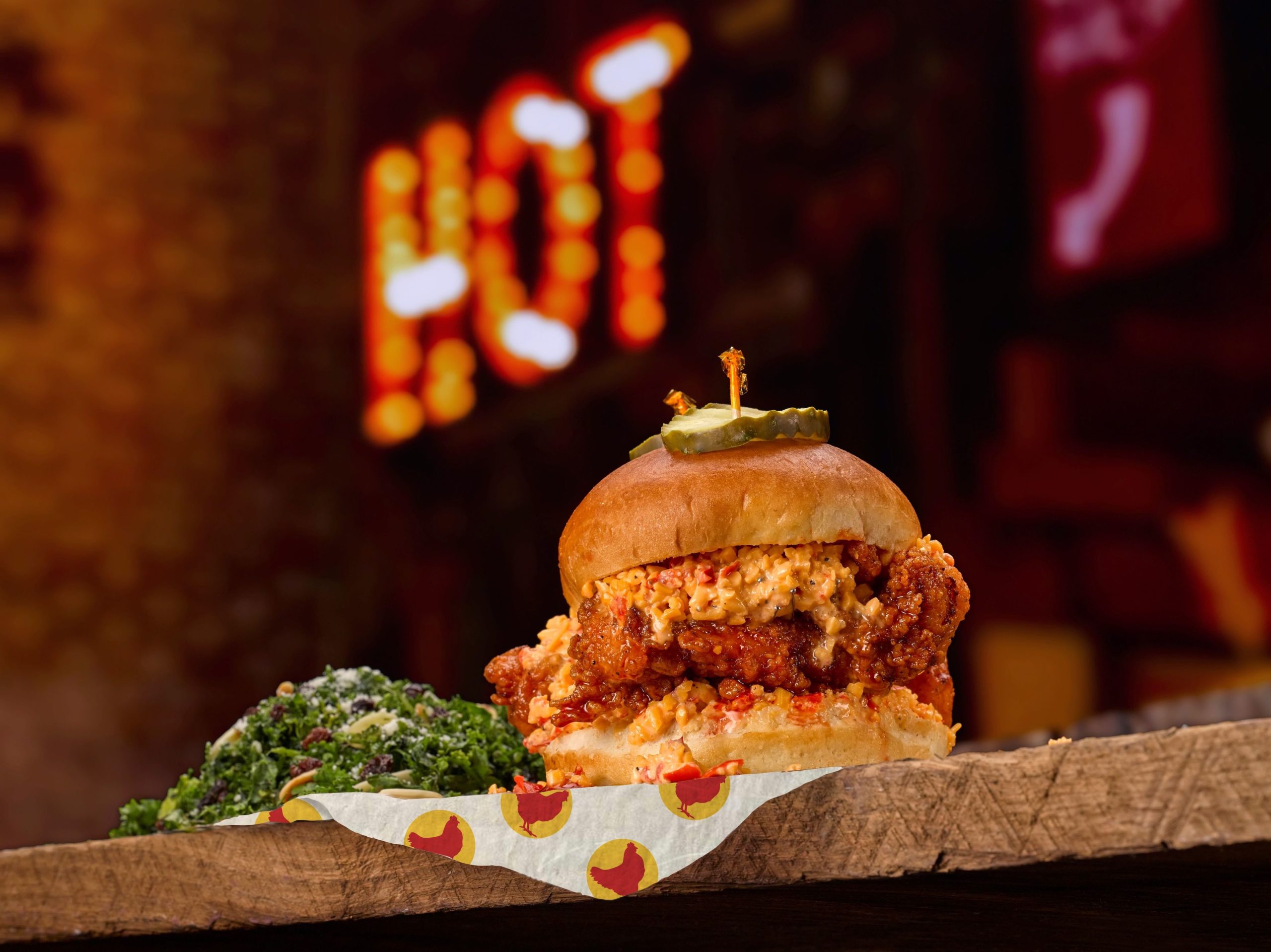