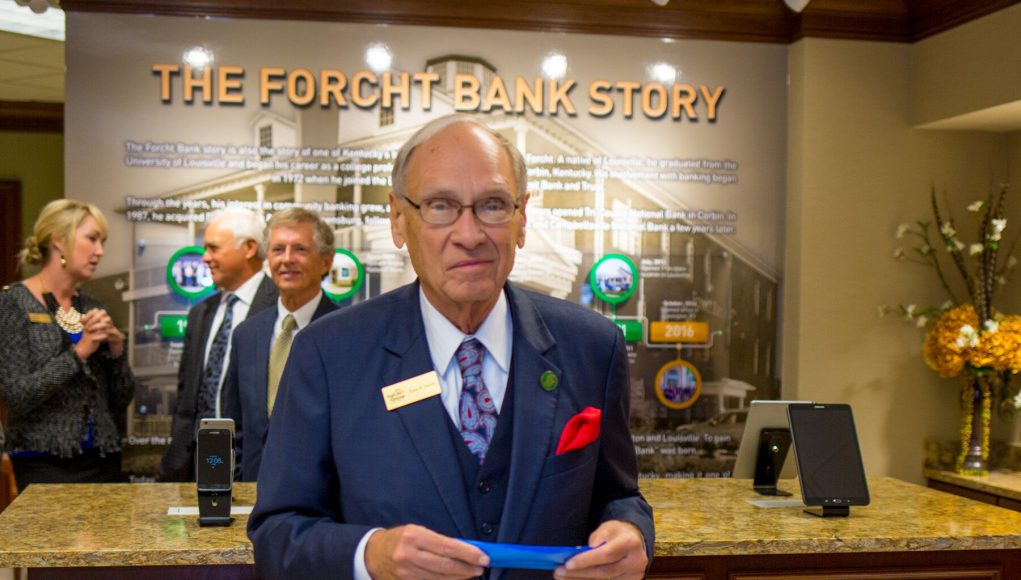 Businessman Terry Forcht, who rose from humble beginnings as a youth in Louisville to build a business empire that became the Forcht Group of Kentucky, is the subject of an upcoming biography by Gary P. West and Eddie Woodruff. Start Right, End Right. The Terry Forcht Story not only provides readers with the life story of the man who built 93 businesses, but also provides a blueprint for success for those with the entrepreneurial spirit.

“Terry Forcht’s life contains many lessons, and not only for those who wish to succeed in business,” wrote U.S. Senator Mitch McConnell in the book’s Foreword. “Terry’s work ethic can serve as a model for motivating others in any undertaking.”

Forcht Group President Debbie Reynolds cited tenacity as another quality that contributes to the success of Forcht. “Terry’s persistence and determination, even in the face of adversity, are characteristics which really set him apart,” Reynolds wrote. “He never gives up. He keeps going until he has made every possible effort to achieve a goal.”

Start Right. End Right. The Terry Forcht Story is the twelfth book authored by West, a native of Elizabethtown. His works have included travel and dining, sports, a murder mystery and biographies of wrestling legend Hillbilly Jim and basketball hero King Kelly Coleman.

Woodruff, who collaborated with West on the book, is Chief Marketing and Communications Officer for the Forcht Group. He has worked with Terry Forcht since 2007, providing an insider’s perspective and knowledge of the subject’s life and businesses.

Start Right. End Right. The Terry Forcht Story is scheduled for release May 1, 2020 and will be available at bookstores throughout the state of Kentucky, and on terryforcht.com, amazon.com and acclaimpress.com. This article also appears on page 8 of the May 2020 print edition of Hamburg Journal.